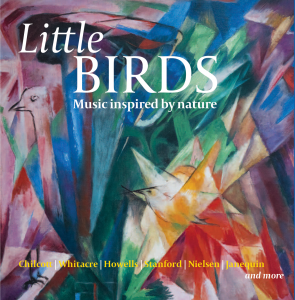 Our first programme of the season contains a menagerie of feathered friends as well as numerous other animals. From the various characters in Bob Chilcott’s settings of Aesop’s Fables, to pieces that evoke the nightingale (from Granados, to Howells and thence to Sherwin), it is the swan that takes pride of place, with musical settings by Saint-Saëns, in turn reimagined by Samuel Wilson, Chilcott and Gibbons (the composer!). Of course, there is much more besides, and the evening comes home to roost with Eric Whitacre’s joyous and witty Animal Crackers and Little Birds.

‘A Winter’s Night’ – music for Christmas 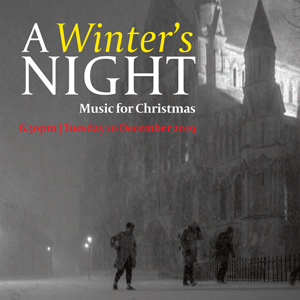 Our Christmas concert this year features Cecilia McDowall’s Christmas cantata A Winter’s Night, in which she conjures up ‘a joyful atmosphere, delighting with familiar and surprising material in equal measure’. We also include carols by Peter Hurford, the renowned organist who died earlier this year, as well as Howells’ rarely heard Tryste Noel, and the usual mixture of familiar, well loved join-in-able pieces, as well as a first performance by Guildhall School of Music and Drama student Mathis Saunier, this year’s CCC Composer in Association.

With readings, and carols for choir and audience.

Workshop on J. S. Bach’s Mass in B minor 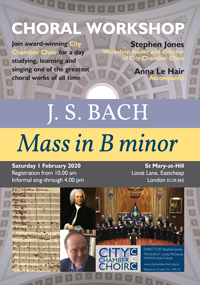 City Chamber Choir invites you to take part in this workshop on one of the greatest works in the choral repertoire: J. S. Bach’s Mass in B minor.

The workshop is led by City Chamber Choir’s Music Director, Stephen Jones, who has a wealth of experience in all aspects of choral singing, as conductor, singer and accompanist. As well as putting the work into its historical context, he will give you many valuable insights into vocal technique, ensemble singing and tuning.

Our study day, in the beautiful Wren church of St Mary-at-Hill in the heart of the City of London, ends with an informal sing through at 4.00 pm (open to all – please do invite your friends).

If you are an enthusiastic amateur singer, who would like to explore this choral masterpiece, brush up on singing technique and find out about the historical and musical context of the Mass in B minor during the course of an enjoyable day, then this is for you.

Dvořák’s Requiem
If you are an enthusiastic amateur singer who would like to explore this unique choral work and brush up on singing technique over the course of a sociable and enjoyable day, this is for you!

A rare opportunity
We have chosen Dvořák’s Requiem because it is rarely performed, and it is even rarer for amateur singers to have the chance to sing it.
Dvořák himself intended this powerful, fire-and-brimstone work for an English-speaking audience, having visited England nine times. He conducted the piece at its premiere in Birmingham in 1891

Mentor & Soloists
Mentor for the day is Stephen Jones. He has worked with leading choirs as a conductor and chorus master.
Joining Stephen will be the amazing soloists Katherine Boyce, Aino Konkka, Sam Barton and Steve Hawksley.

Support Choir
City Chamber Choir is delighted to be partnering with the Robertsbridge Arts Partnership.
The Choir will provide singing support and is looking forward to meeting like-minded singers for an enjoyable day of singing.

Early Evening Concert
Not a singer? At the end of the day, the workshop singers will give an informal concert. Come along!

Refreshments will be available to purchase during the day & at the concert.

On Sunday 29 March 2020 the choir will also sing choral mattins in the church.

Bach Mass in B Minor

The centrepiece of the choir’s 2019-2020 season is J. S. Bach’s masterwork, the Mass in B minor. A testing piece for any choir, this work encapsulates the miraculous qualities of Bach’s music. There will be a special twist to our soloists line-up, because father and son, David and Sebastian James will feature.

Spain and beyond: a world of Hispanic music

CCC finish their season with a Hispanic programme that features the charming Misa Criolla by the Argentinian composer Ariel Ramirez. From this celebrated 20th century composition we range across the centuries to the origins of church polyphony in South America with the earliest known notated music in the Quechua language and on via the Golden Age and one of South America’s best loved Spanish composers Francisco Guerrero. Romancero Gitano Castelnuovo Tedesco’s wonderfully evocative settings of one of Spain’s greatest poets, Federico García Lorca, complete our programme.