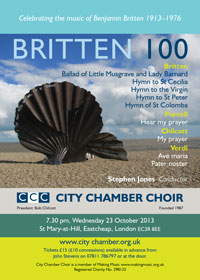 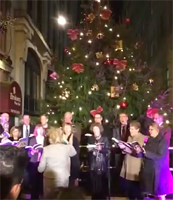 CCC’s early-evening Christmas concert has become a much-loved annual event, featuring a heady mix of rousing carols, a special piece for audience participation and some of the most beautiful choral music, including Five Carols by Richard Rodney Bennett and excerpts from A Boy was Born by Benjamin Britten. 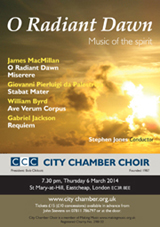 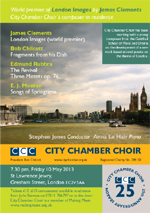 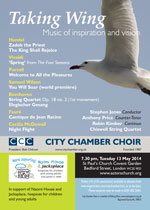 Concert in aid of the charities Naomi House and Jacksplace. 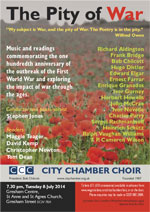 7.00 pm, Saturday, 28 June 2014 – World War I Commemoration Concert
A concert marking the centenary of the outbreak of World War I.

Music and readings commemorating the one hundredth anniversary of the outbreak of the First World War and exploring the impact of war through the ages.